Jesse Manno was born into a musical family in New York City in 1966 and grew up there and in Fort Collins, Colorado. He began composing and performing professionally in 1982 and has since received over 150 commissions- many for evening length pieces. Most have been from contemporary dance companies, with the rest coming from theatre, film, circus arts, special events and purely musical interests.

His work has been presented in all fifty U.S. states, The Netherlands, Germany, France, Switzerland, the U.K., Hong Kong, Singapore, Taiwan and Saudi Arabia at a wide variety of venues including the John Houseman Theater and Lamb’s Theater (Off Broadway NYC), the Joyce Theatre (NYC), the Edinburgh Fringe Festival (Scotland), Pacific Place (Hong Kong), Denver Auditorium Theatre, and The Kennedy Center (Washington D.C.).

Commissioning choreographers include Gabriel Masson, Nancy Smith, David Taylor, David Dorfman, Michael Foley, Marianela Boan, Heidi Henderson, Mel Wong, Jeff Slayton, Peter Davison and Onye Ozuzu. Collaborating musicians include Robert Een (Meredith Monk), Beth Quist (Bobby McFerrin, Cirque Su Soleil’s KA), Ty Burhoe, and Kitaro. Jesse has appeared as a guest studio musician on over 30 different albums. Currently his vocal and instrumental work is featured in the Shakti’s Bliss World Music and Dance Project. On his own, he has released 8 CDs, which are sold and licensed by Magnatune.com, A Simple Sound.com, and jessemanno.com. He also moonlights as a record producer for other artists’ work, having produced ten full length CDs of varying genres in his project studio to date.

He sings in Turkish, Greek and Arabic and plays a variety of lutes, flutes, keyboard and percussion instruments, sometimes playing 3 or 4 at once (a necessary skill developed while playing for modern dance classes). 30 years composing and improvising in support of others' creative visions has given him a broad stylistic range -from electronica and musique concrete to classical and rock - but he has a particularly strong interest in world folk musics. He has worked extensively with NY based Morrocan musician Rachid Halihal and with Istanbul based Turkish Sufi singer Latif Bolat, in addition to being a founding member of the Boulder based “Sherefe”.

Jesse received classical musical training and a BA in Asian studies from the University of Colorado, Boulder and continues to study music through the East European Folklife Center in California and with several private instructors in the USA and abroad. He taught a semester of composition in the music department at Naropa University in 2001, and has served for twenty years as music director of the CU Boulder Theatre and Dance Department, where he supervises musicians and teaches one course each semester. Jesse lives in Boulder, Colorado with his wife Tambre Rasmussen and their two “mini me”s. http://spot.colorado.edu/~manno/ 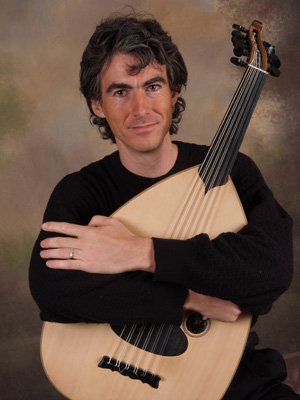 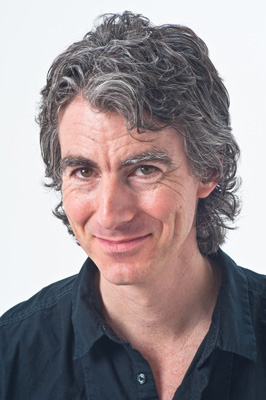 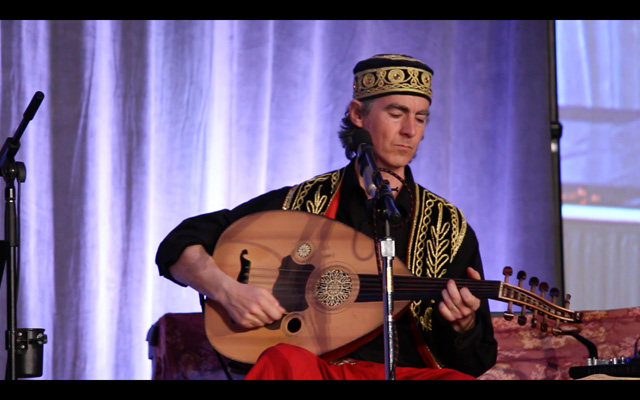 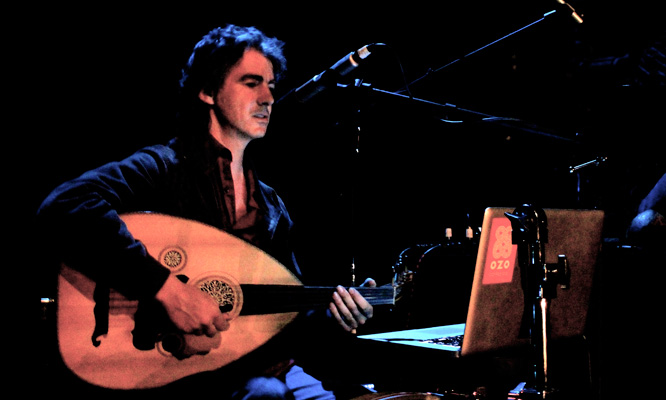